Close but not quite. Our Alouettes fall short in overtime against the Redblacks.

Close but not quite. Our Alouettes fall short in overtime against the Redblacks.

Following a three-game winning streak, our Alouettes fell short in overtime (30 to 27) against a Redblacks squad that was more than determined to break its losing habits. Khari Jones’ group seemed to be towering over its opponents, whether it was for yards, possession time or turnovers, but a few mistakes – and an injury – were all it took for the win to slip away.

After the first quarter, our Alouettes were leading 17 to 8 thanks to a gutsy run and a conclusive sneak by Vernon Adams Jr. Dominating on all fronts, the team had the game on lock. Or so you would have thought. Once again, our quarterback was proving he’d do anything to win. Maybe even a little too much. In the third quarter, as he was attempting his sixth run of the game, Vernon was taken to the ground by defensive lineman Avery Ellis and disgracefully hit to the back of the head by linebacker J.R. Tavai. He didn’t step back on the field after that. The verdict? Light concussion.

.@bigplay_va stretches out for the score!

“That’s the risk you take when you run with the ball,” says Khari Jones, disgruntled by his quarterback’s condition. “We’re very happy when he can make someone miss and get touchdowns. Sometimes it means you have to take those hits as well. We talk to him about when to go down and when to take a chance, but it’s football.”

As exciting as he is to watch, Vernon might want to play a little safer when he returns. 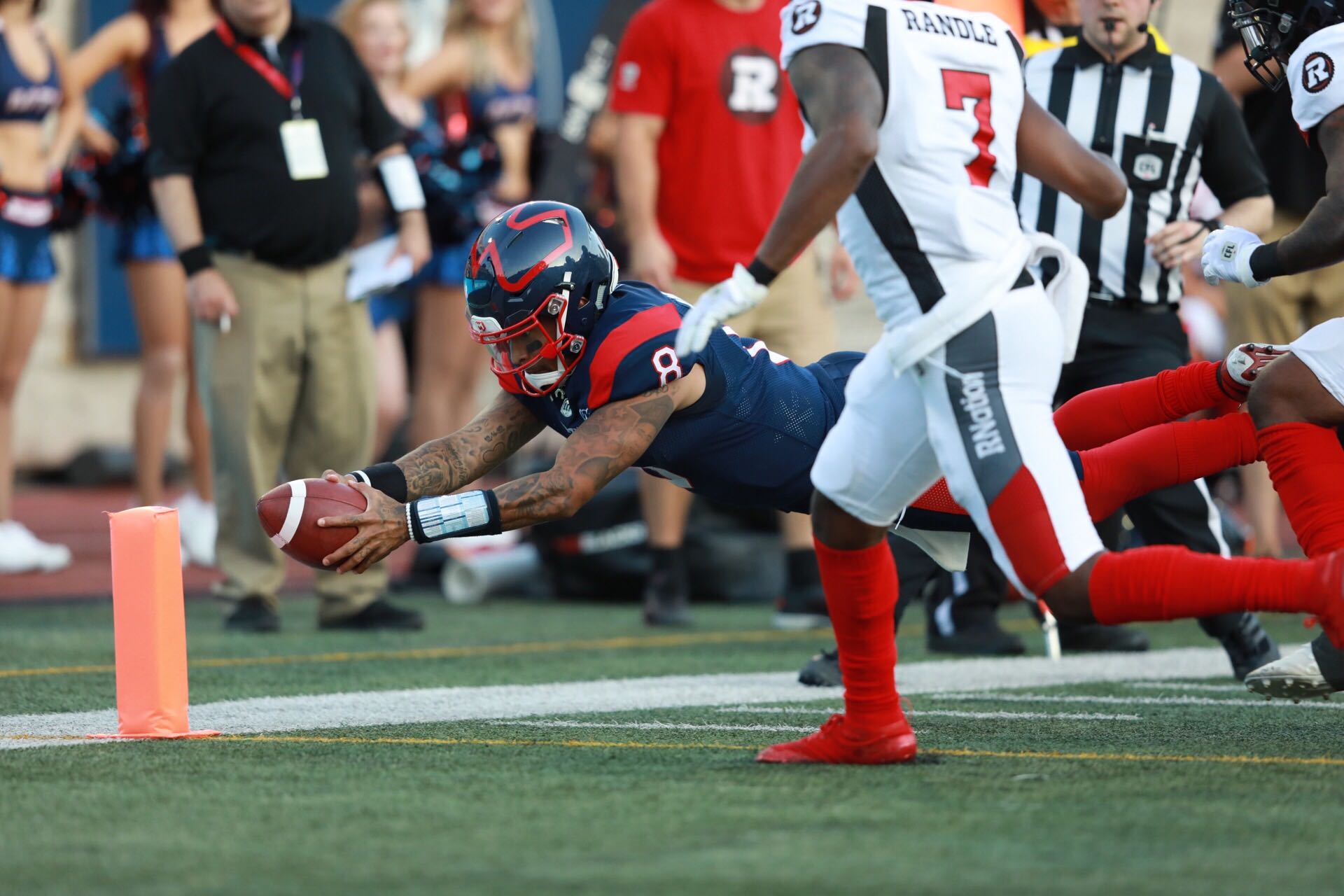 With Antonio Pipkin under centre, our Alouettes were not able to keep the lead. The loss can’t, however, be put on our young QB’s shoulders. He probably could have used more preparation time before getting some game minutes, considering he just recently started practicing again.

We also can’t point fingers at the defence. Bob Slowik’s unit had a remarkable game once again, conceding only one touchdown and provoking no fewer than four turnovers. Ciante Evans was particularly productive with two interceptions, while Henoc Muamba and Taylor Loffler each recovered a fumble. Greg Reid made a crucial play while our Alouettes were still ahead in the fourth quarter, knocking down a dangerous pass aimed at the Ottawa 18-yard line. So far in 2019, the defence has created 17 turnovers. Nothing more frustrating than losing when one of your units is so dominant. 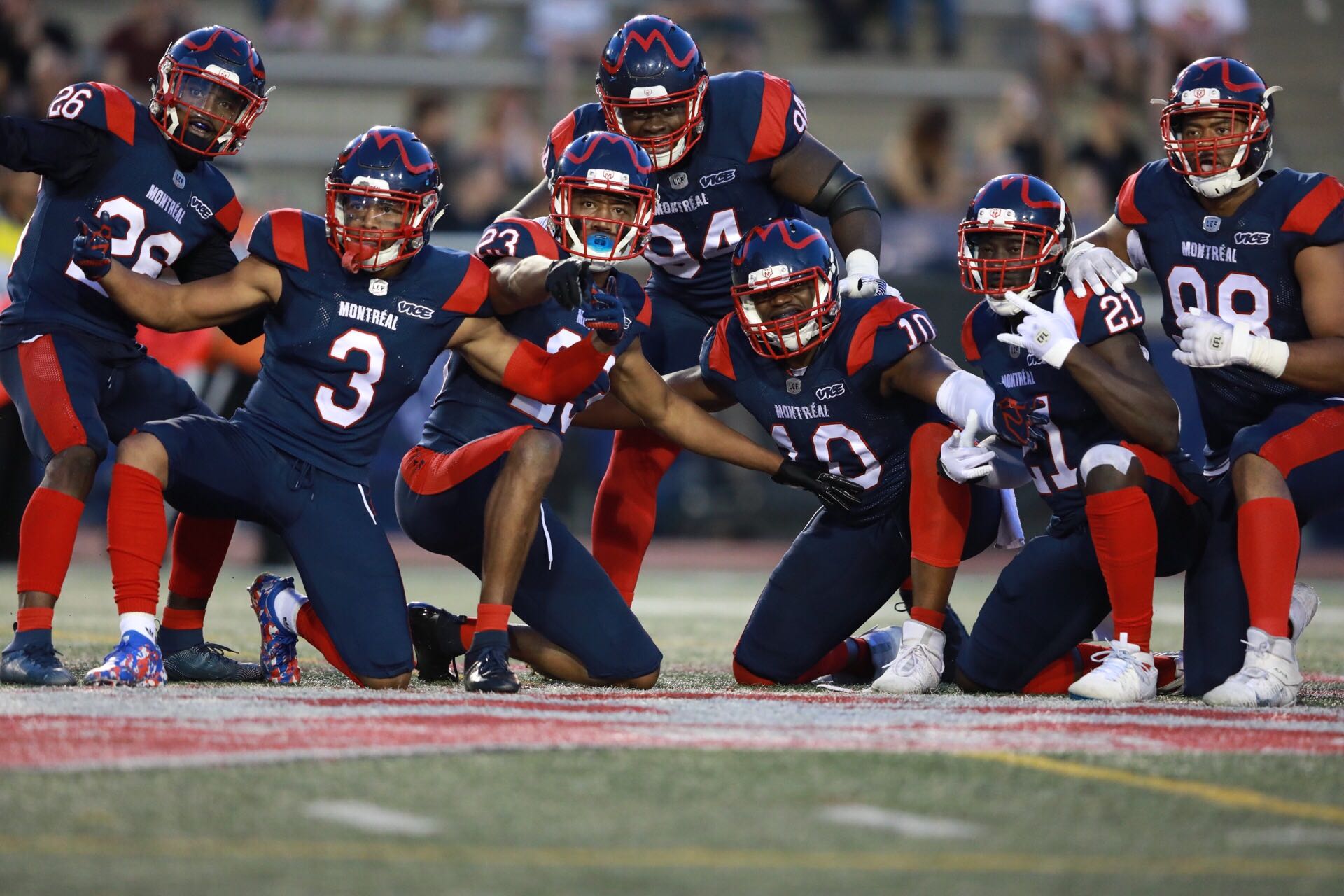 Two special teams mistakes on punt returns are what cost us the most. Dynamic returner DeVonte Dedmon had himself a day, rushing nearly across the field not once but twice. The second return for a touchdown was especially hard to watch; five players put a hand on him without successfully taking him down.

“We tried to block him instead of tackling. You can’t do that with such a dynamic returner,” the Head Coach explained.

Two touchdowns were overturned, the first by Eugene Lewis and the second by Quan Bray, many were outraged by the absence of a call for the hit on Vernon Adams and Will Stanback’s overtime fumble didn’t help either. But it’s really a series of events that led to the loss, most of which will be reviewed and corrected by the time we face the Saskatchewan Roughriders at home next week. And the good news is that another winning streak can start at any time.