“I just love this team’s fight.”

Opening up the score in the first quarter were Eugene Lewis and Vernon Adams. But it didn’t go down like you think it did. The Philly native (Geno Lewis) admirably pulled off a Philly special, throwing the ball to his quarterback for a 21-yard gain that ended with a touchdown. You have to see it to believe.

In their post-game interviews, both Geno and Vernon said they had only practiced the play once earlier this week and Geno had thrown a pick.

“Khari told us: you know what guys, we’re not going to do it again today. We’ll do it at the game,” said Vernon.

Now, that’s what you call trust. That’s a coach who knows what his guys are capable of and is willing to use his creativity to maximize their potential.

Shortly after the touchdown in the first quarter, Greg Reid picked off Trevor Harris. Pretty big deal in itself since Harris hadn’t thrown a single interception all season. Even bigger of a deal considering the 5’9 defensive back is now second in the league for most interceptions.

While the offence did a terrific job making plays when it mattered most, the story of the game was mostly about defence. Tommie Campbell, rookie Ryan Carter and Patrick Levels led the team in tackles, while Taylor Loffler had the second pick of the game in the fourth, reaffirming the unit’s willingness to shut down the Eskimos offence. Edmonton did not score a single touchdown, ladies and gents. We’re talking about the same team that put up over 600-yards of offence against our boys in Game 1. The unsung heros of the game, however, were probably the defensive linemen, pinning their ears back on a couple of second and longs. 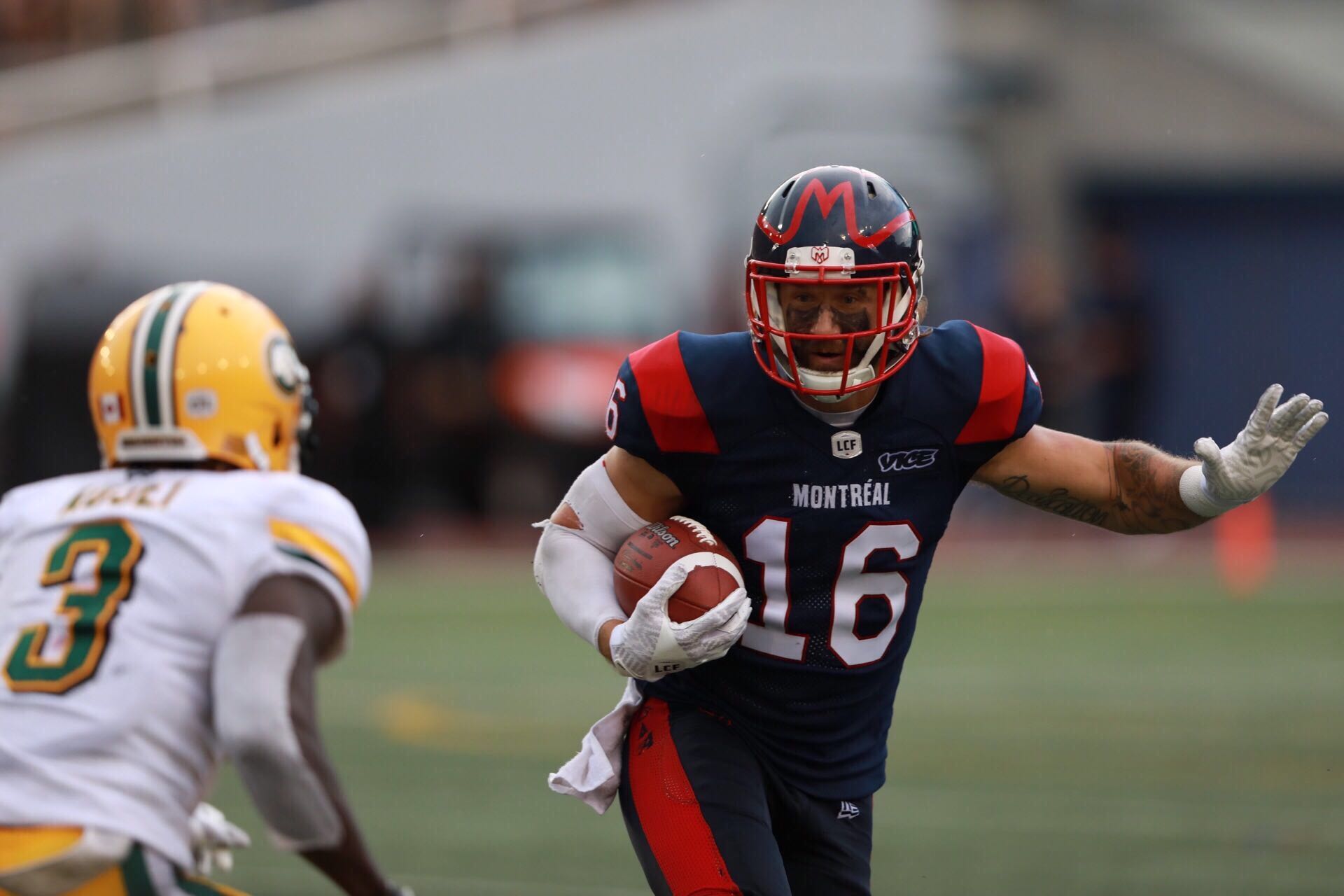 Coach Khari Jones and his squad are no strangers to bouncing back after a rather unsatisfying second quarter. The team underwent the same process in the last two wins against Hamilton and Ottawa. After the Eskimos got denied a touchdown for holding, kicker Sean Whyte tightened the gap to only one point to cap off the first half. It could very well have been a turning point in the game, but, instead, our Als bounced back in style, scoring in their first drive. After a little more than five minutes of being on the field, Vernon Adams found Jake Wieneke in the end zone and solidified the team’s lead. Jake Wieneke, who scored his third touchdown of the season last night, was one of the four rookie receivers helping the offence overcome injuries to BJ Cunningham and DeVier Posey. A feat that shows how much depth this team really has.

It was the first time our Als won three consecutive games since the end of 2016. Yea, 2016. Google it and find out who was at QB… Hint: He was also at QB for this season’s three wins.

See you on August 2 folks!