New Coach, New Bodies. What to Expect in Edmonton.

New Coach, New Bodies. What to Expect in Edmonton.

This is it, our Alouettes‘ 2019 season is finally starting this Friday, June 14.

Led by starting QB Antonio Pipkin, the team will face the Edmonton Eskimos in a matchup that’s equally important for all units. In addition to reporting to a new Head Coach since this weekend, both the offence and the defence feature a lot of new bodies that should be quite interesting to watch in action. Here are a few examples.

A ROOKIE AMONG THE STARTING OLINE

First surprise: The starting oline you will see in Edmonton will not be the same as the starting oline you saw in the preseason. Not because of injuries, but by choice. At right tackle should stand rookie Chris Schleuger. The Alabama-Birmingham alum has kept a low-profile since arriving in Montreal, but that didn’t stop him from showing the coaching staff how reliable he can be.

“We watched film and noticed that his man was just never getting to the quarterback. We’re happy with his work,” Coach Khari Jones explained.

Alongside Schleuger, we could find Sean Jamieson, Kristian Matte, Trey Rutherford and Tony Washington (in that order). Antonio Pipkin appeared quite comfortable in his pocket last week at McGill Stadium thanks to the work of the big men upfront. That, of course, will greatly matter this season. 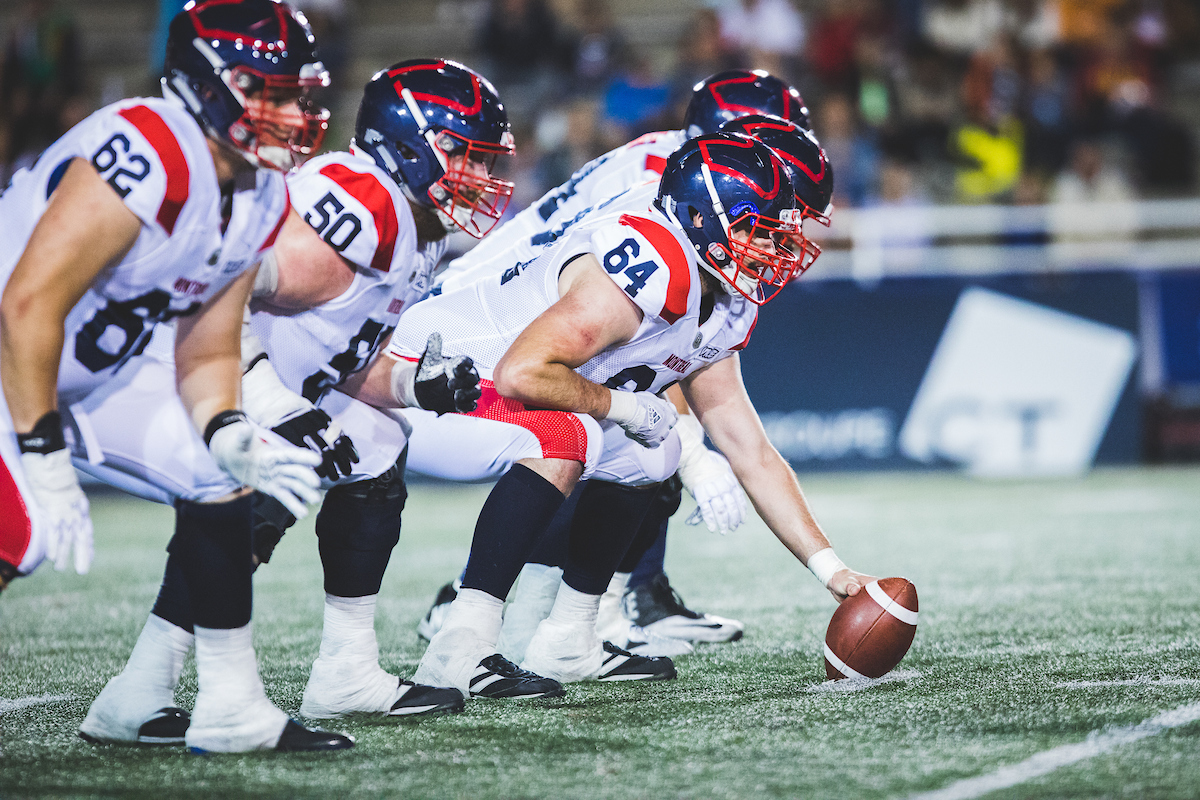 The Defensive Back coming to us from Calgary was seen on the field for the first time on Monday after only attending meetings and rehab sessions during camp. Evans confirms that his thumb is OK and that he will be able to line up next to his pals Tommie Campbell, Marcus Cromartie, Taylor Loffler and Ryan Carter on Friday. He can catch, therefore, he can make picks, therefore, he can play.

“The transition from the meeting rooms to the field was seamless, says Evans. It’s great to have guys like Patrick and Tommie that I knew from Calgary with me. It makes things easier.”

The secondary, that consistently comes to practice fired up (s/o to Tommie Campbell who made a spectacular interception on Tuesday), will have to contain the Eskimos offence led by Trevor Harris, a quarterback that our team got to know quite well over the past years.

“He’s very precise. He’s able to put the ball straight in the hands of his playmakers. We’ll definitely have to hit him (legal hits, of course) early in the game to show him that this Montreal defence is going to be there on every snap,” Evans concluded. 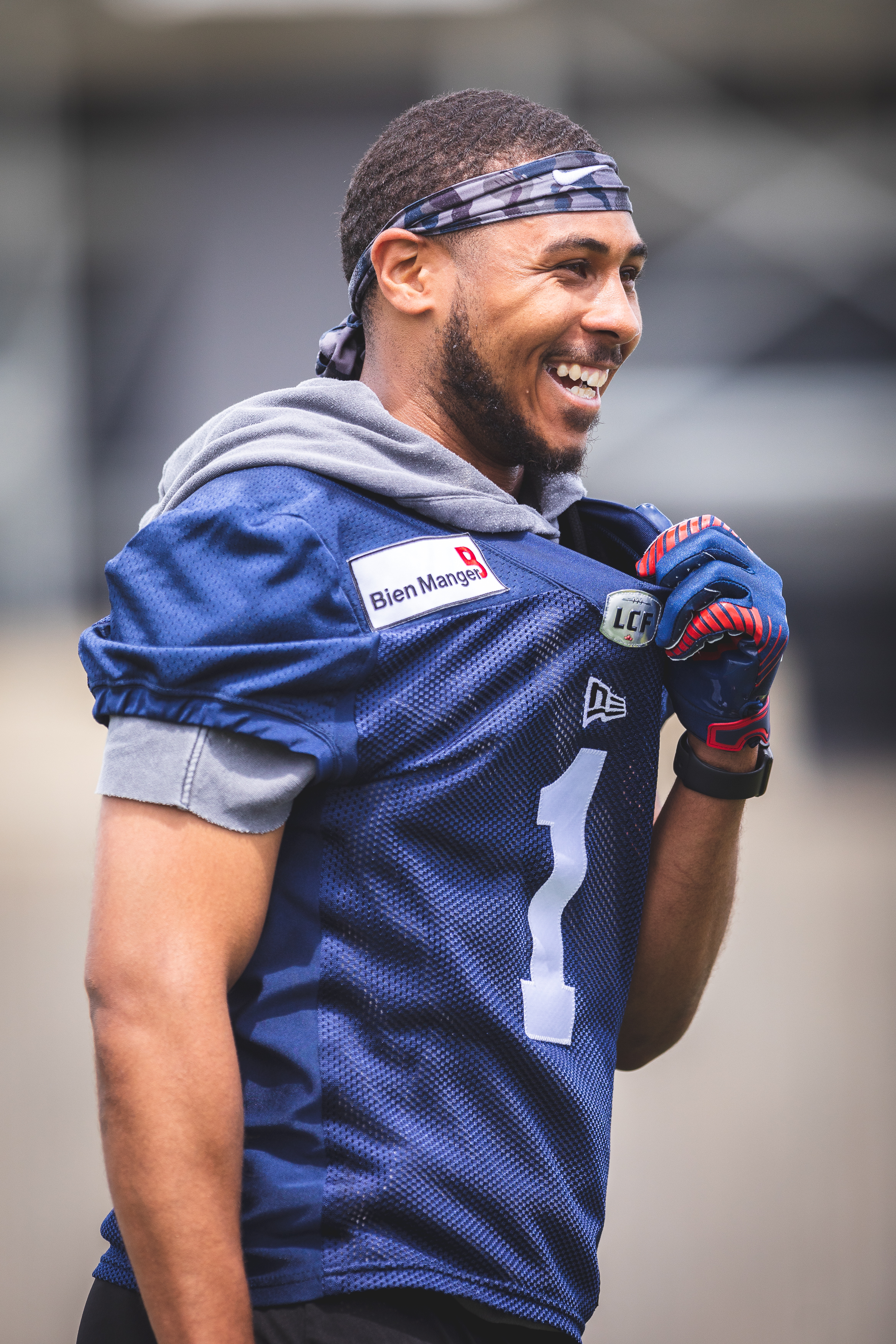 PIPKIN AND HIS RECEIVERS

The man of the situation on Friday will without a doubt be the guy who was named starting QB earlier this week, Antonio Pipkin.

Long story short, Pip – as we call him – is the very definition of a diamond in the rough. Having spent his college career at Tiffin (an NCAA division II team), the young quarterback landed in Montreal for the first time in 2017. The team released him after the 2018 training camp and then brought him back a few weeks later to give him the keys of the offence for the first time in August… in Edmonton. He scored his first touchdown in the CFL against the Eskimos and plans on repeating the feat this year.

“I want to put points on the board, I want us to be consistent and I want us to win.” That’s Pip. Straightforward. The goal is to win. Point blank. 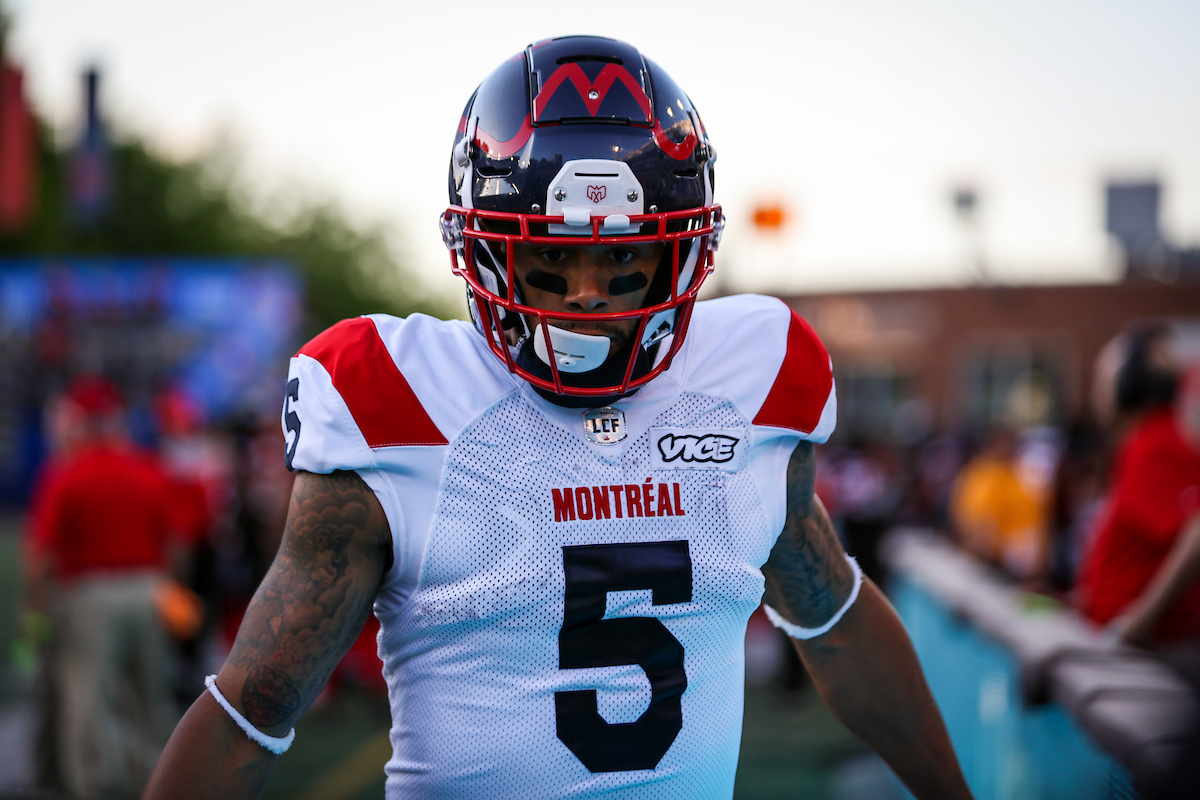 It’s probably why his locker room supports him; Antonio has that naturally commanding presence you want to see in a quarterback. He makes you want to believe in him. He makes you want to play for him. Star receiver DeVier Posey, who will surely be one of Pip’s favourite targets this season, sees a lot of potential in his pivot.

“Every player has that one year where he goes from a young guy to a real pro. It starts with your spiritual and mental approach, and how you take care of your body. I see him taking those steps,” he said.

Together, DeVier Posey, BJ Cunningham, Eugene Lewis, Malcolm Carter (who will likely rotate with fellow Canadian Félix Faubert-Lussier) and Jake Wieneke could become one of the most threatening receivers groups of the CFL this season.

Watch your Alouettes in action this Friday, June 14 on TSN or TSN 690. If you feel like celebrating the start of the season, come join us at Casino de Montréal. The viewing party starts at 8 :30 pm!