Khari Jones Says His Leader Is Among Us

Khari Jones Says His Leader Is Among Us

It was not a dream. Our Alouettes took part in the first practice of 2019 this afternoon after a postseason that threatened to last forever. Donning our brand new team colours, all players under contract went to work. For the very first time, training camp is held in the nest, at McGill Stadium and it sure feels like home. Guys are housed and fed in the dorms here, which means less time spent driving around, more time doing what really matters.

The 2019 edition of the team will not only be sporting a new logo. It will showcase its new identity. But we’re not exactly starting from scratch – there’s our history, a rich winning tradition, a solid group of veterans and coaches capable of elevating the team to a new level. We’re making smart adjustments, like training in the heart of the city, that make a big difference in the everyday lives of our guys. We’re making changes to answer our most glaring needs.

There are quite a few spots to fill this season and it makes camp so much more exciting. The talent is there, experience as well. Besides, having to make difficult choices is a good problem to have. According to OC Khari Jones, the competition among our offensive groups should be quite interesting to watch in the next three weeks. 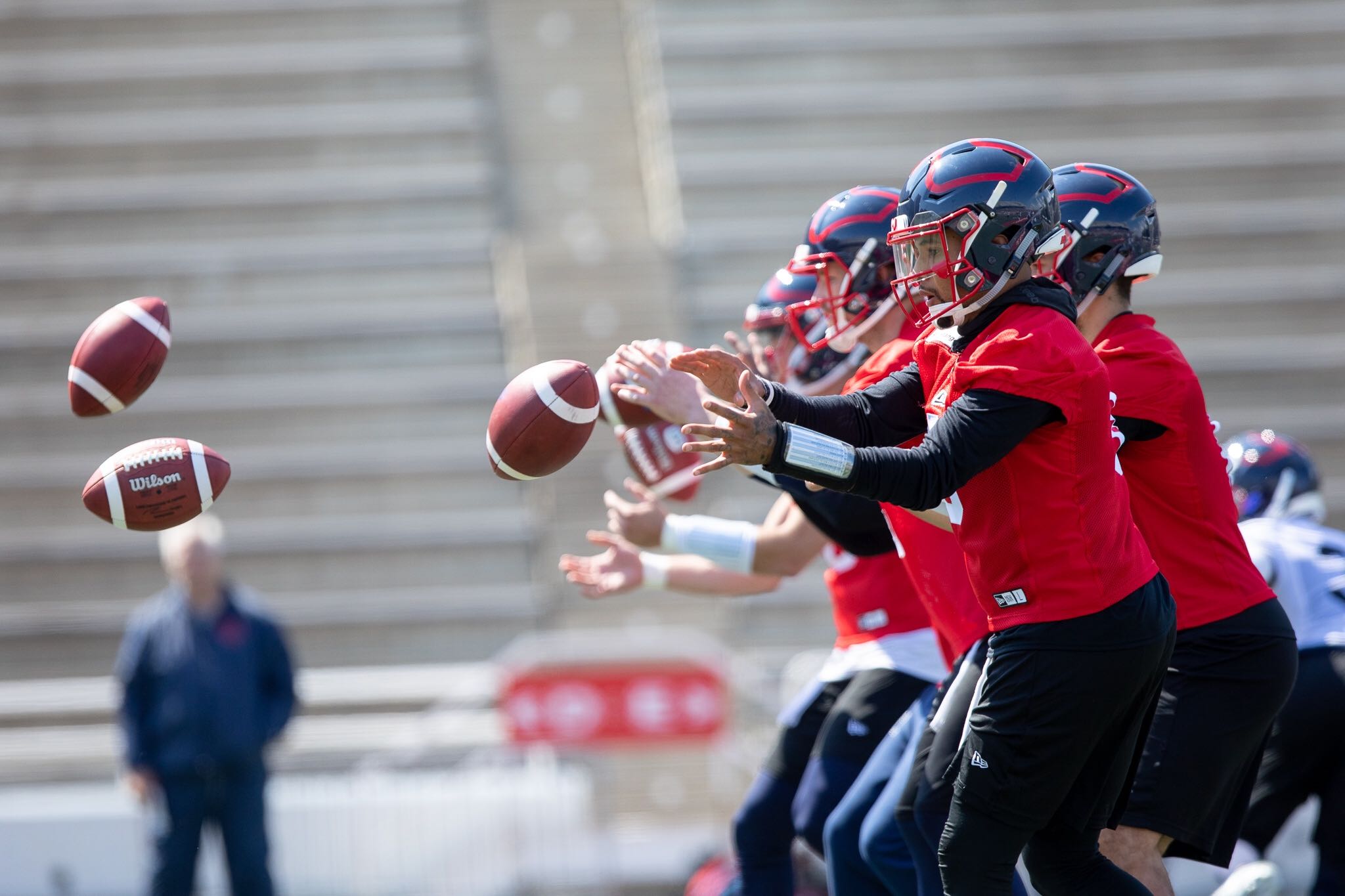 After a trying first year with the team in 2018, Jones is looking forward to working with a squad of seasoned QBs.

“Fortunately, the good thing about going through as many quarterbacks as we did is that they all have experience. They all had the opportunity to get out on the field and be in real game situations, Jones explains. I see it as a positive. It’s time for one of them to take the lead and help the team win.”

Who will be our starter? ‘Tis the question everybody is asking and to which nobody has a clear-cut answer. For now. Young Antonio Pipkin, who showed incredible arm strength last year, as well as veteran Jeff Mathews seem to be ahead of the race coming into camp, taking the most reps at practice. We can’t sleep on Matt Shiltz and super-athlete Vernon Adams Jr. though. Both were also highly active today. The new rule regarding the inclusion of the QB in the ratio could also help Hugo Richard make his way into the roster.

But Jones was firm. No compromise will be made. The best candidates will make the cut. Ratio or not, the goal is to win football games. 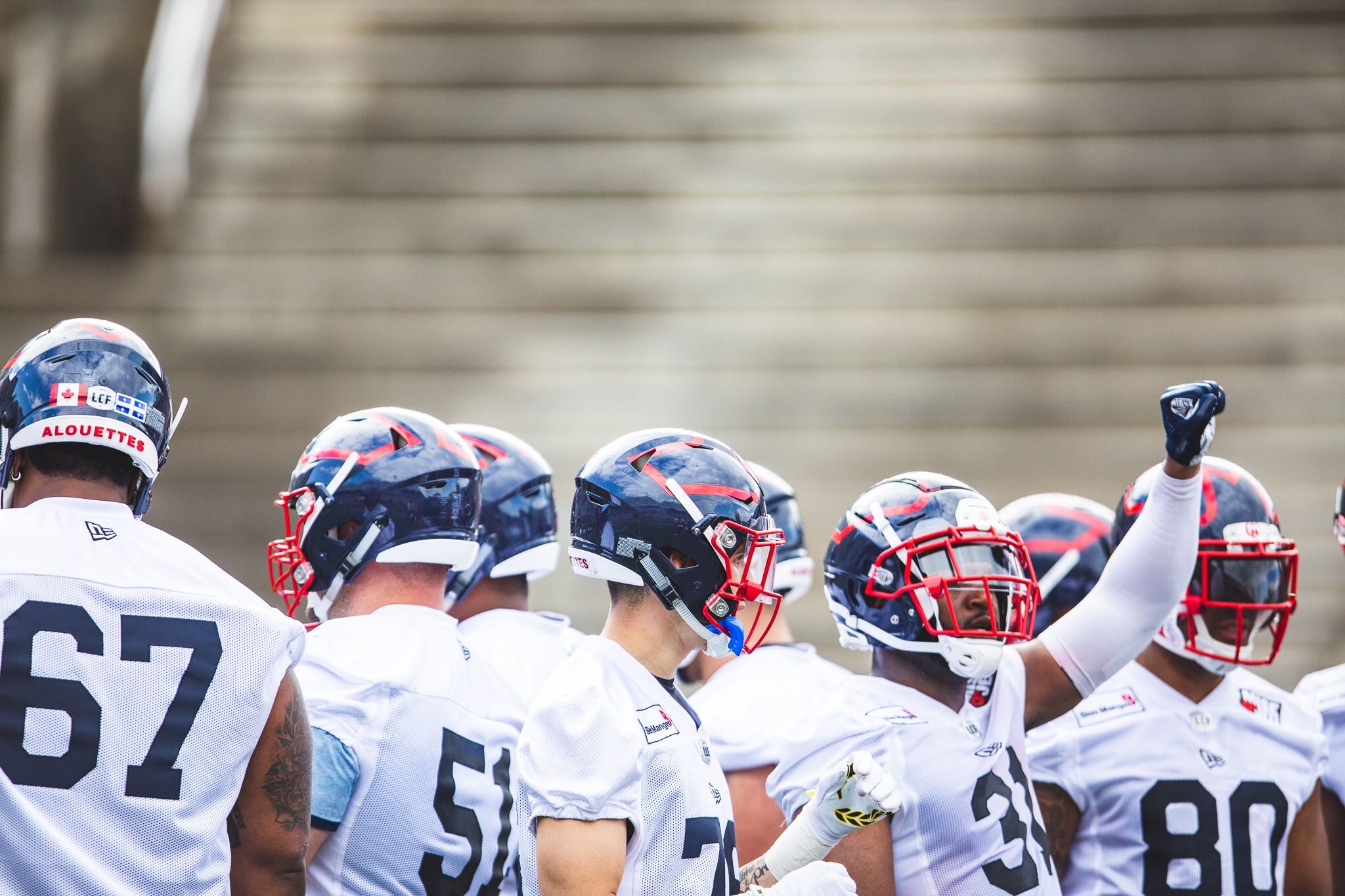 “It all starts with the offensive line. A group of 5-6 guys who can not only do the job, but also stay together and learn. That’s the biggest part. We have a solid group of guys in Spencer Wilson, Tony Washington and Kristian Matte. We have to complete it,” Jones says confidently about his guys’ health.

Last year, the o-line suffered from a heartbreaking load of injuries. In addition to the lack of stability at pivot, the team had to deal with a constant rotation up front. On the bright side, like Jones said about the QBs: all of our guys had the opportunity to gain real game experience.

“When linemen first get here, I try not to think of them for at least a year. It’s such a big learning curve! It’s a very technical job, with a lot of unnatural movements. The good news is that we have our share of players who know what they’re doing.”

In addition to the star players – Brodeur-Jourdain, Matte, Washington and Wilson – our first draft picks of 2018 and 2019, Trey Rutherford and Tyler Johnstone, are back in town. Winnipeg-native Sean Jamieson, who was able to stack up on playing time last year, is also in the mix. That’s easily 1-2-3-4 Canadians. 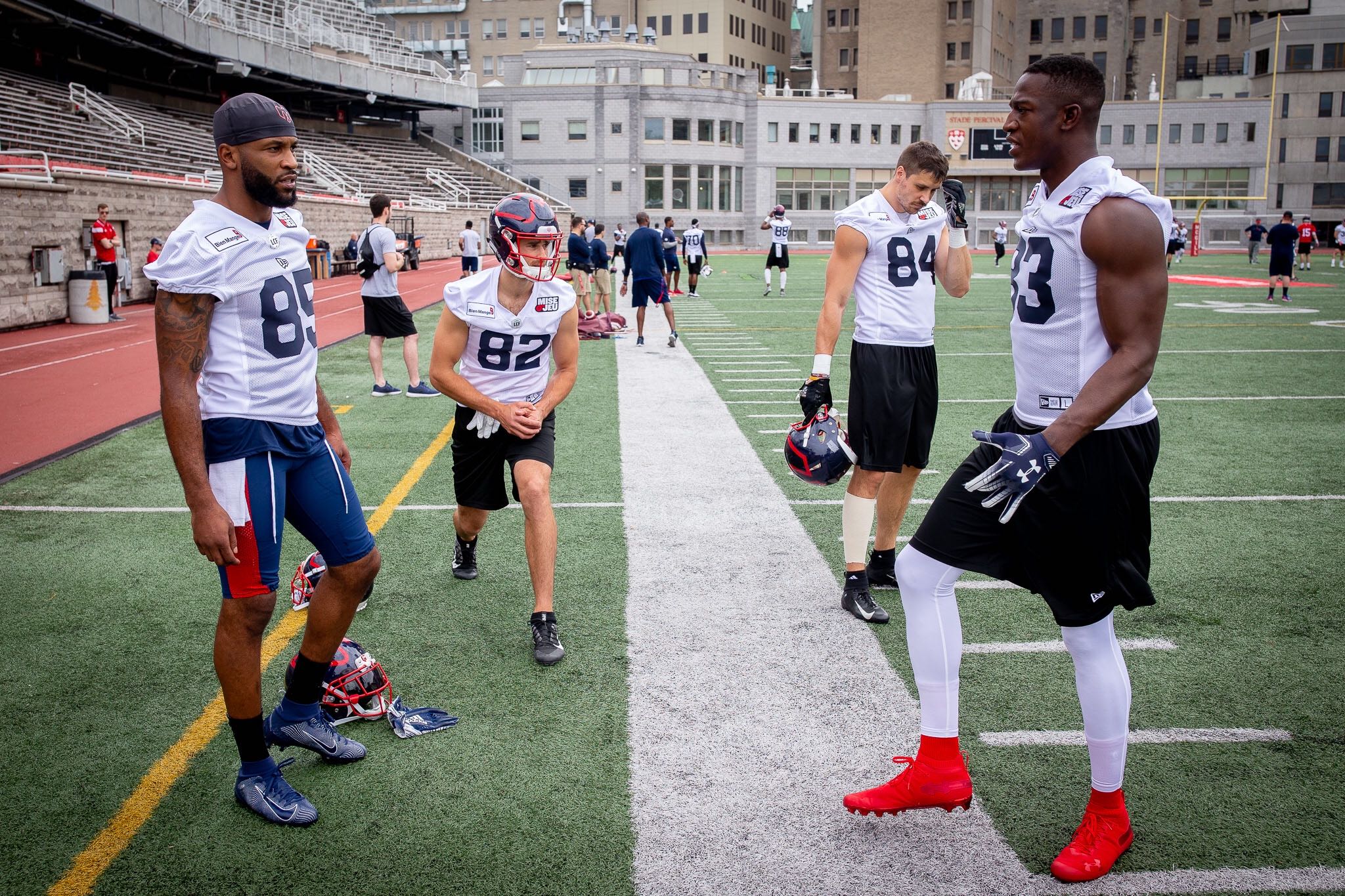 The best problems our offensive coaches will have to resolve lie in the receiver and running back groups. So. Much. Talent. When we spoke to him before the first practice, Jones was particularly excited to see two guys at work: Eugene Lewis, who put on great shows at the end of 2018, and Jeremiah Johnson, who scored his share of touchdowns with Jones throughout the years in BC.

All it takes is a quick look at the names on our roster to realize how much depth there is in those two groups. With Ernest Jackson gone, BJ Cunningham back and DeVier Posey making his way to Montreal, we can expect the slotback position to be held by a newcomer. Keep your eyes on Jake Wieneke and Malcom Carter who made a few solid catches at rookie camp.

In the backfield, William Stanback who was catapulted to the RB position in 2018 remains untouchable. The competition should be fierce for the kick returner spot, even though we know darn well ageless Stef Logan is not ready to let go, and the quality of players at the fullback position seems unprecedented thanks to the addition of Spencer Moore, Christophe Normand and Étienne Moisan who was seen practicing with André Bolduc’s squad. With Jeremiah Johnson backing up Stanback, the run game should be, once again, one of the team’s strong points.

Next up: the state of our defence with Bob Slowik… 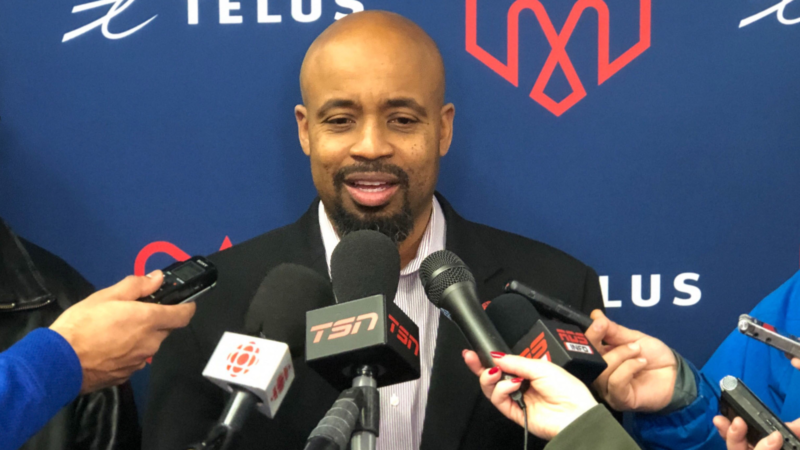 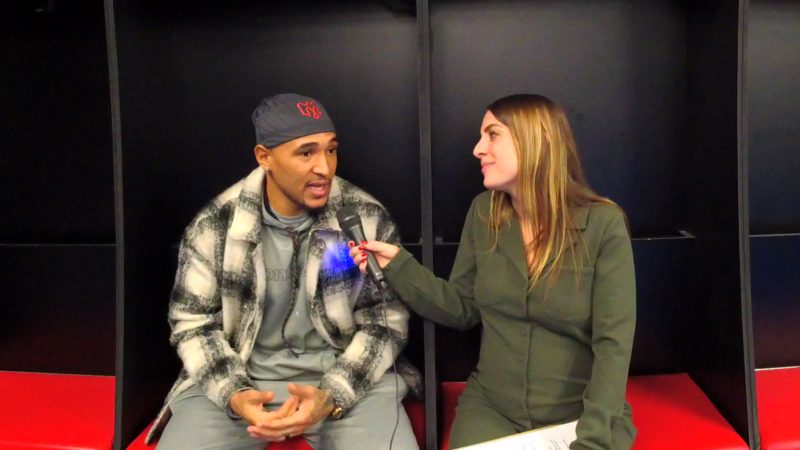 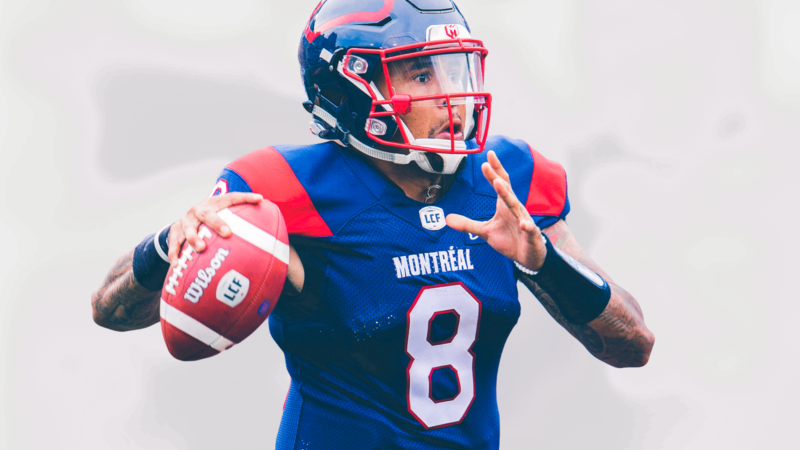 Vernon Adams Jr. to remain an Alouette through 2022