Fans at Percival Molson Stadium are in for a real treat this season: For the first time in their history, the Alouettes cheerleading squad will include stunt specialists among their ranks.

There’ll also be several new faces joining the squad this year, and we’re not just talking about new female faces. That’s right, you read that correctly. The male species will also have a place on the squad starting this summer with the arrival of Marc-André Lauzon, who’ll be among the new recruits throwing their partner in the air (coed cheerleading). Marc-André spoke with us about his, um… trajectory… that has led him to the Alouettes nest. 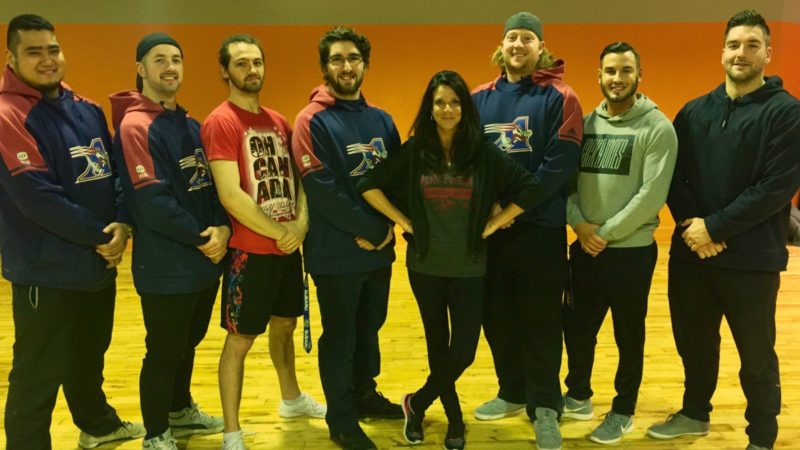 From Football to Cheerleading

Cheerleading has been a big part of Marc-André’s life for the past 11 years. “I started in high school. I had been playing football for a long time and I had a friend who not only played football, but also was a cheerleader. One day, he invited me to take part in one of their training camps. I was a bit hesitant at first – I really had no desire to try it. Finally, I decided to check it out and that’s how everything got started.”

He ultimately hung up his helmet and cleats to fully devote himself to his new passion. Is the transition from being a football player to a cheerleader rare? “It probably happens more often than you’d think. I have friends who played college-level football who’d do cheerleading during the off-season to stay in shape and to take on new challenges,” Marc-André said.

It might seem strange at first, but football and cheerleading have certain similarities. The two sports are both very demanding and both require a great deal of physical strength. “There’s no question you have to be in very good shape to participate in both sports, but cheerleading requires a different level of effort. A typical football play lasts between 30 and 45 seconds, and then there’ll be a stoppage. It’s a lot of stop-and-go, while cheerleading requires more endurance. It’s two-and-a-half-straight minutes during which you have to maintain a very intense rhythm,” Marc-André explained.

Although their physical preparation is not the same, a football player and a stunt cheerleader both rely upon weightlifting and flexibility to increase their physical strength and their explosiveness.

Recently recruited by the Alouettes, Marc-André has a hectic schedule. He trains at the gym five or six times a week, in addition to the cheerleading squad’s four weekly practices. A cheerleading coach, he also works full-time and is a member of Canada’s cheerleading squad. As proof of his immense talent, Marc-André finished third at the World Cheerleading Championships in 2016 and then second in 2017 with his local team. There’s no doubt about it: He is ready to take to the field this summer! 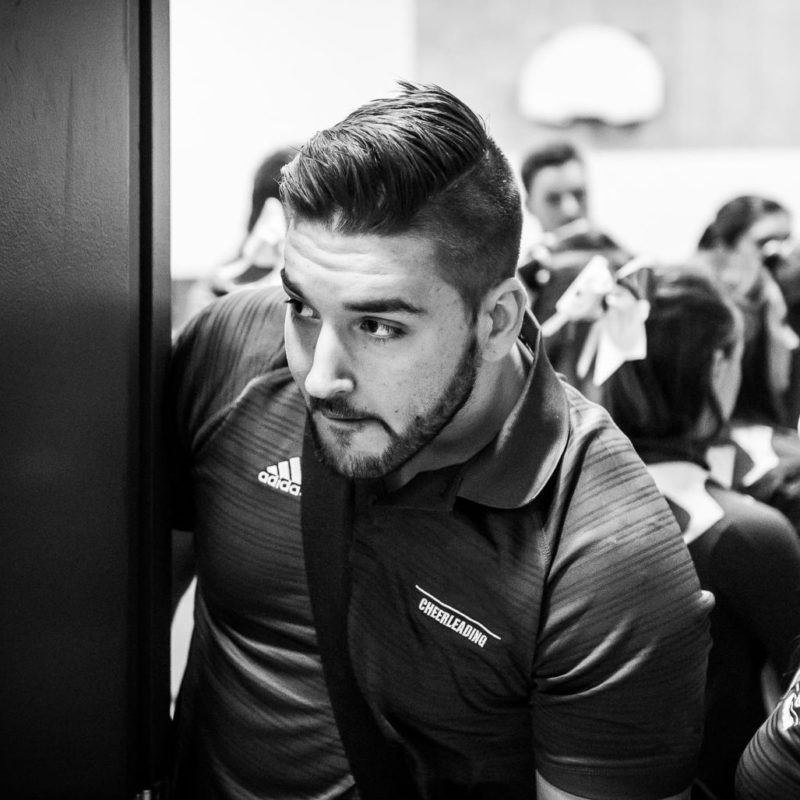 Burying Stereotypes Once and for All

It’s no secret: stereotypes directed towards men who are cheerleaders are omnipresent. In the collective imagination, we often associate cheerleading with females and not males. “It’s the same stereotype that’s associated with dancers, who are perhaps viewed as a bit more feminine. The jumps, the leaps, having to execute choreography. We tend to think that men have a little less rhythm than women do,” Marc-André said. “When I first started, I had zero rhythm and I still ended up falling in love with the sport. I improved over time and now I have become a good dancer and I can quickly learn new choreography,” he added.

As someone who was initially reluctant to enter the sport due to stereotyping, Marc-André feels that if someone is going to enter the world of cheerleading, they have to embrace it fully. “It’s not like it was 11 years ago. Back then, the sport was not like it is today. It’s really evolved,” he explained.

There’s no question that a lot of work remains to be done, but it’s because of people who are as dedicated and passionate as Marc-André is that old stereotypes are slowly but surely changing. 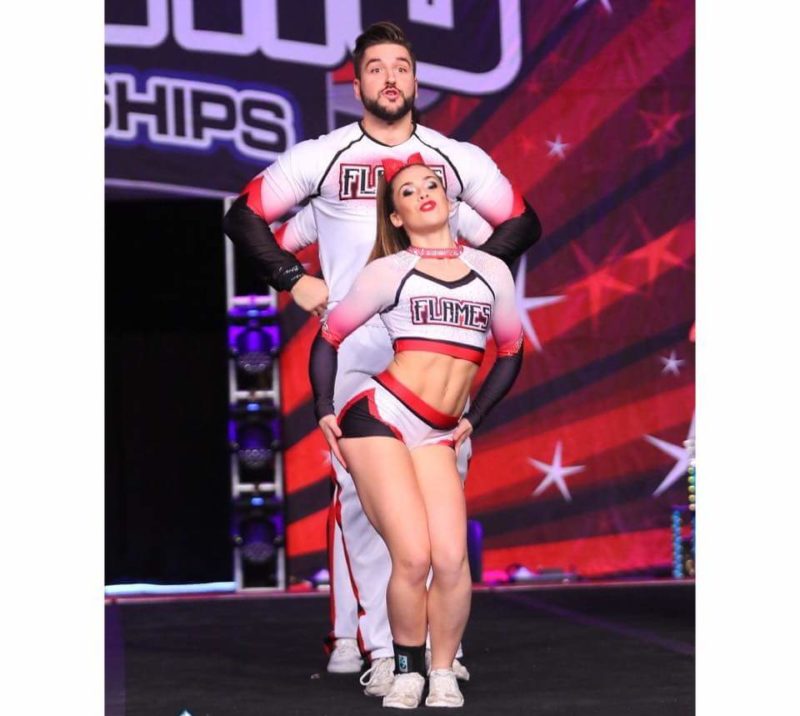 Soon to Be an Olympic Event?

Cheerleading is gaining in popularity across Quebec and throughout the world. Here’s the proof: Cheerleading was a demonstration sport at the most recent winter Olympic Games held in PyeongChang, South Korea. Several countries, including Canada, sent a team to participate and there’s no doubt this initiative gave increased visibility to the sport.

Marc-André is very hopeful that one day his sport will find its way into official Olympic competition, and that could be sooner than one might think. Bianca Sédillot, former cheerleader and now the new stunt coordinator with the Alouettes, feels the same way. “I am certain it will become an Olympic sport,” she said. Could that be as early as the next summer or winter Olympic games? Nothing has been confirmed, but this rumour has legs. It appears as though it’s only a matter of time before the sports receives its Olympic designation. 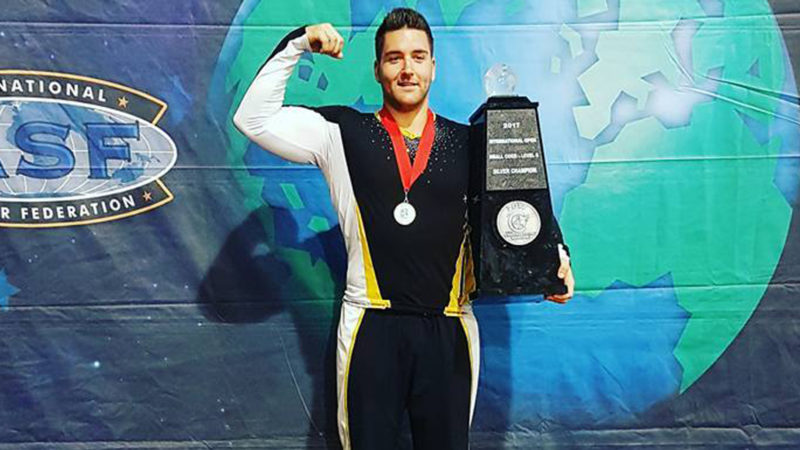 “The show is going to be sensational and more lively than ever before. And it will appeal to more people as well. Cheerleading in Quebec is becoming more and more popular. It’s a mixed sport that is popular with all age groups,” added Bianca.

She feels that it’s both an impressive and very demanding sport. “Cheerleading incorporates several different components like dance, gymnastics, leaping and jumping.” Fans will be well-advised to remain glued to their seats during halftime and commercial breaks. “The degree-of-difficulty level for our routines is very high. Cheerleading levels are based upon a scale of one to six (six is the highest, or most difficult, level). Our stunt routines incorporate maneuvers at Level 5 and Level 6,” Bianca explained.

Bianca is confident the various new features will wow the crowds. “What’s exciting is that our fans will sometimes be seeing dance routines, and other times they’ll be seeing stunts. It’s always going to be different – it will never be redundant.”

For Marc-André, he’s looking forward to stepping back on to the field. “I’m a big football fan, and I played for a long time, so it’s going to be very exciting for me to be on the field, to watch the games and pump up the crowd.”

It’s going to be very exciting for us as well, Marc-André! We can’t wait to see you on the field this season! 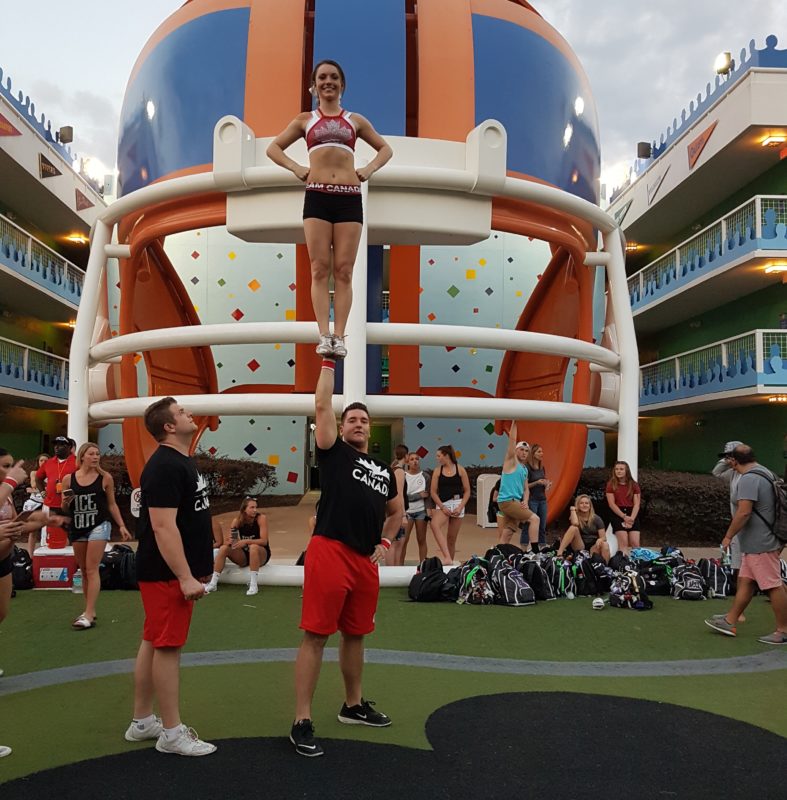