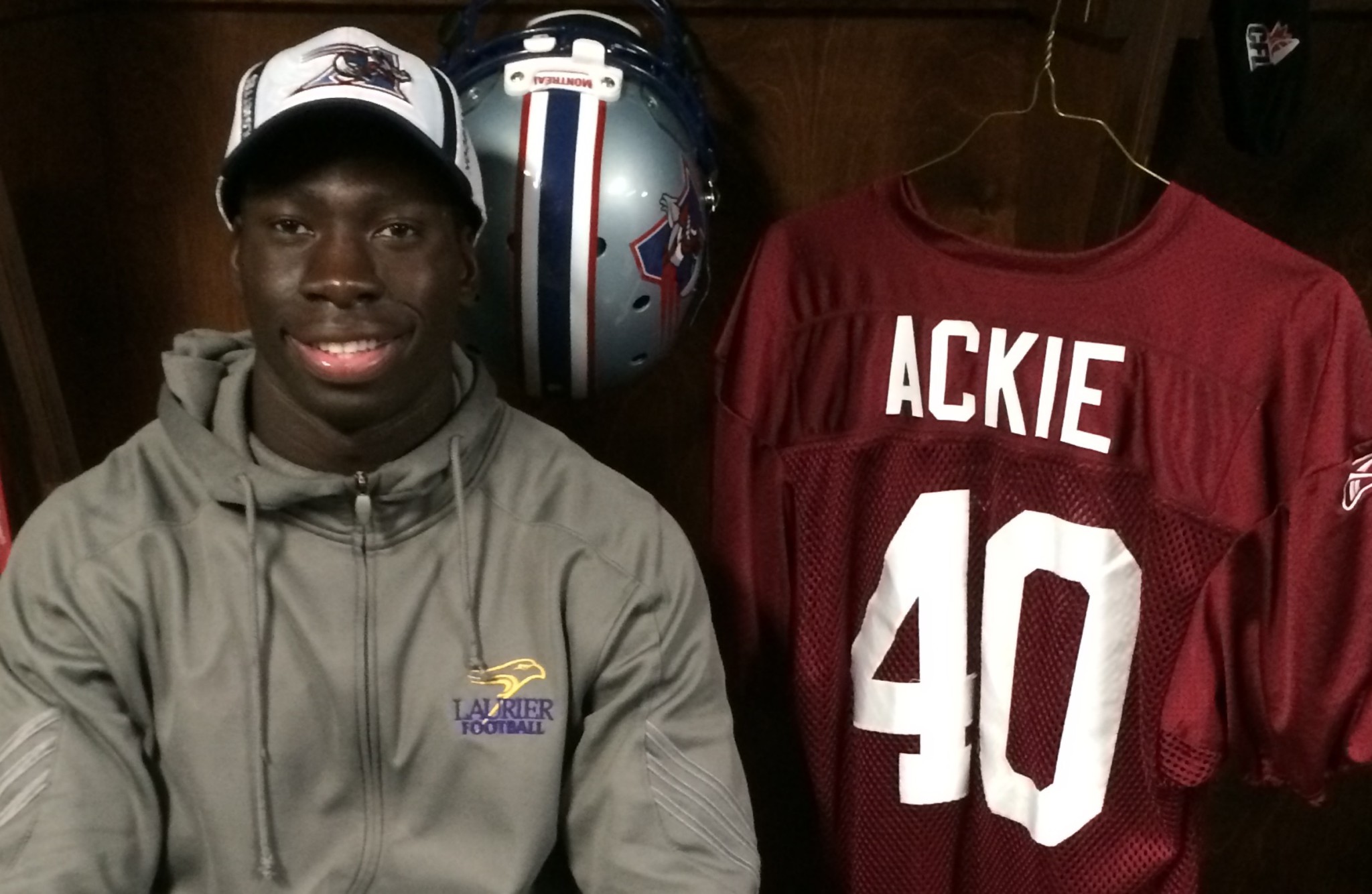 Montreal – The Montreal Alouettes announced on Monday that the teams has signed its first pick (fourth overall) from the 2015 CFL Canadian Draft, linebacker Chris Ackie to a three-year deal.

Ackie (6’2″, 205 lbs.) played four seasons with the Wilfrid Laurier University Golden Hawks. In 2014, the Cambridge, ON native amassed 48.5 tackles in eight games, all while adding a sack, an interception and three pass knockdowns, which led to a first-team all-Canadian nomination. The 23-year-old completed his university career with 129 tackles.

The rookie linebacker has reported to the team’s training camp in Sherbrooke today and will be available at the team’s practice tomorrow morning. The Alouettes have now signed all their players from the 2015 draft, which are all present at this year’s training camp.