Michael Sam to suit up for the Montreal Alouettes in 2015 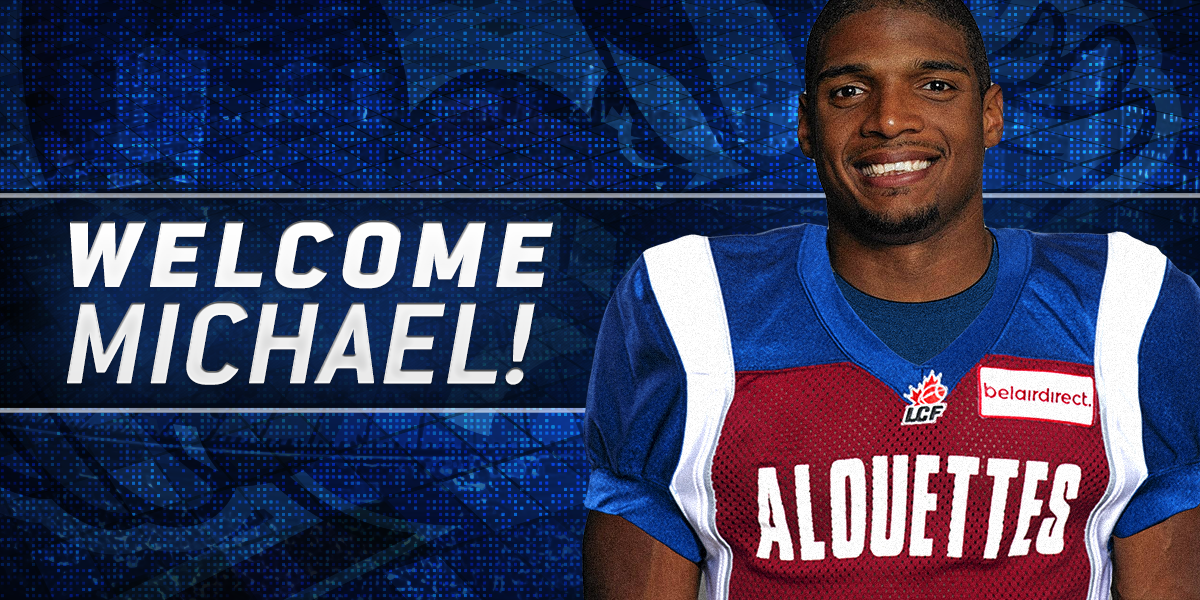 Michael Sam to suit up for the Montreal Alouettes in 2015

Montreal – The Montreal Alouettes announced on Friday that the club has signed international defensive end Michael Sam to a two-year deal. Sam (6’2’’, 260 lbs.) joins the Alouettes after spending the 2014 season in the National Football League with the St. Louis Rams and the Dallas Cowboys.

The 25-year-old athlete developed his playing abilities with the University of Missouri Tigers in the NCAA. In four seasons with the Tigers, Sam registered an impressive 123 total tackles of which 36 were for losses and 21 total sacks. He also notched two interceptions.

“With the signing of Michael Sam, we have become a better organization today,” said Alouettes’ general manager, Jim Popp. “Not only have we added an outstanding football player, we have added even a better person that brings dignity, character, and heart to our team.”

In his last year with Missouri, he was named on the first-team All-SEC, in addition to receiving joint SEC Defensive Player of the Year honours with CJ Mosley of the University of Alabama. He led the conference with 11.5 total sacks and 21 tackles for losses.  He also forced a fumble, which he returned for a touchdown during the Cotton Bowl, helping the Tigers defeat the Oklahoma State University Cowboys by a score of 41-31.

“I am very excited and proud to join the Montreal Alouettes and want to thank team Owner Robert Wetenhall, General Manager Jim Popp and Head Coach Tom Higgins for this opportunity,” declared the Alouettes newest member. “I cannot wait to put on the pads, get back on the field and work hard each and every day with my teammates to bring a Grey Cup to the great fans here in Montreal.”

Following his impressive performance during his senior year, the Galveston, TX native was selected in the seventh round (249th overall) by the Rams during the 2014 NFL Draft.  In four pre-season games with St. Louis, Sam collected 11 tackles and three sacks.

Sam will be available at a press conference to be held on Tuesday, May 26 at 11:00 a.m. at the Opal room of the Montreal Airport Marriott.

The following day, he will join the other first-year CFL players in being initiated to the Alouettes organization at Bishop’s University.

Tickets for the upcoming season will be available on May 25 for season ticket holders only with a 2 for 1 offer on individual tickets and a 15% rebate on our luxury suites and marquises. On May 28th, watch for our pre-sale via the Alouettes Facebook and Twitter accounts.  The general sale to the public will begin on June 1, at Admission.com or 1-855-790-1245.