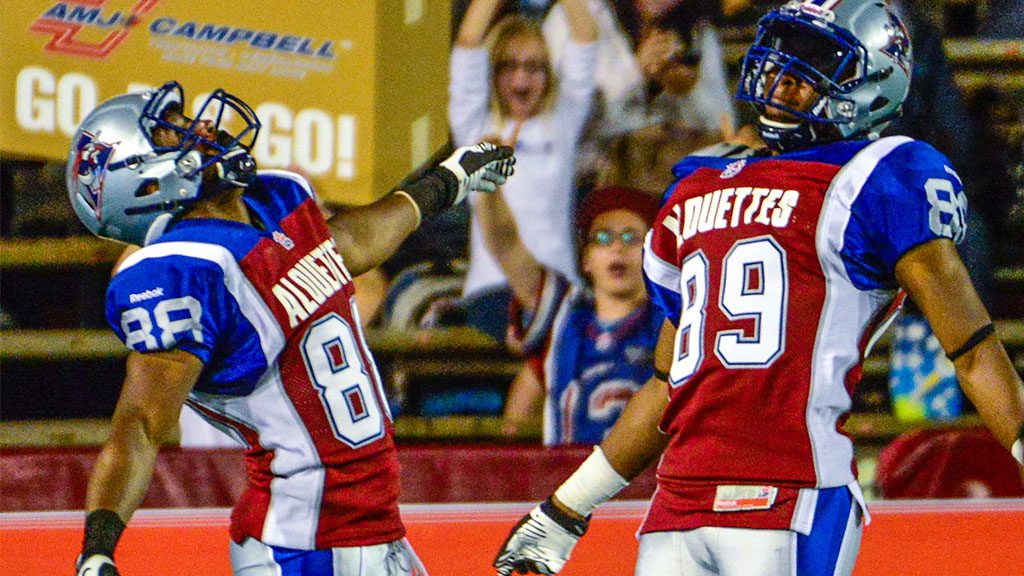 MONTREAL – The Alouettes announced on Friday that the club has signed import receiver Kenny Stafford and import offensive lineman Dan Matha to new two-year deals with the club.

Stafford (6’4”, 204 lbs.), made his CFL pre-season debut in 2013 at home with Montreal on June 14 against the visiting Hamilton Tiger-Cats, scoring a touchdown on a spectacular 75-yard catch-and-run play in the fourth quarter.

Prior to participating in Montreal’s training camp last year, the 23-year-old attended the Atlanta Falcons’ training camp in 2012 after completing his collegiate career at the University of Toledo.

“We welcome Kenny back to the club. He is a great talent who we will continue to help develop,” explained Alouettes General Manager and Head Coach Jim Popp. “He returns after getting valuable playing time in the CFL, and it’s always nice to give family a chance to play together as he joins his cousin Duron Carter.”

The nephew of NFL Hall of Famer Cris Carter, Stafford also spent time on the Stampeders’ practice roster in 2013, signing with Calgary on August 28. The Columbus, OH native eventually cracked the starting line-up on September 13 on his way to recording six catches for 37 yards in three games.

Matha (6’6”, 310 lbs.), a former offensive tackle with Indiana University of Pennsylvania, was invited to work out with the Cincinnati Bengals last season, during the team’s rookie mini-camp in May.

“Dan is a strong, hulking young man who we had our sights on last year. We are fortunate that he is available, and to give him the opportunity to compete for a job in camp,” added Popp.

During a very successful collegiate career, in 2012 Matha was named to the second team of the Don Hansen NCAA Division II as an offensive tackle.

The club also announced on Friday that import cornerback Byron Parker has been released and that non-import linebacker Brian Ridgeway has announced his retirement.