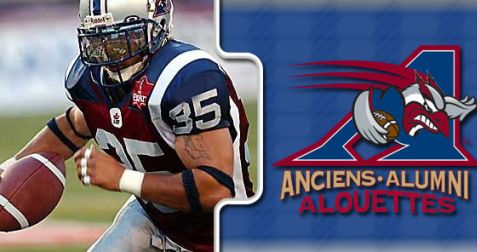 Stéphane Fortin was a key special-teamer with the Alouettes in the early-2000s, winning a Grey Cup with Montreal in 2002.

What was it like to join the Alouettes and win the Grey Cup in the same year?
That’s a dream come true for any player! I was able to play for my hometown team, in front of my family and friends, and be part of the great history of the Alouettes – what’s better than that?

What was it like to be on one of the best teams in Alouette history in 2004?
I think the team chemistry came from having a strong management team and coaching staff that were able to select the best players available and keep a winning attitude going throughout the season. It also helped that we didn’t have any major injuries and we had a great overall attitude.

What was the highlight of your football career?
On a personal level, without a doubt, it was the East Division Final in Montreal in which I was chosen the player of the game. On a team level, it was easily the Grey Cup win over the Eskimos in their own stadium in 2002!

What have you been up to since the end of your career?
I’ve been working as a financial advisor for four years now and I’m building my own business, called Alliance X-Pert Capital.